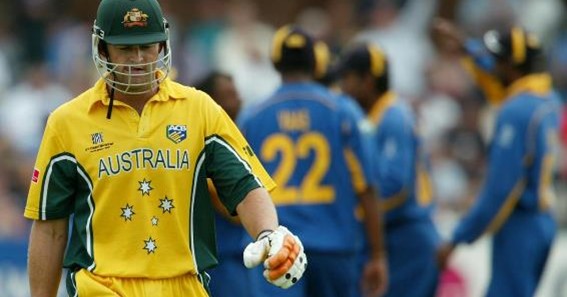 When the term ‘cricket‘ comes, some associated things are required for good team performance. Good wicketkeepers are the most common need in every match. In this article, we are listing some of the Best Wicketkeeper in the World history of cricket.

The best wicketkeepers in the World are mostly underrated and have not gained much fame. This article will mainly focus on the good aspects of every player being stated here. These details are provided based on several criteria, including previous preferences.

Dhoni is a very famous name, especially among the Indians, who know his extraordinary wicketkeeping skills. He has recently retired from the games of international cricket but still has a perfect fan following across the whole World. His ODI Batting Average Around 50.6 and his Strike Rate126. He is the Best Indian Cricketer & Wicket-keeper.

He is also termed as ‘captain cool’ because of his excellent strategic skills in planning an entire match. He has Greatest Wicket Keepers on the Indian team. He has an outstanding record in IPL, too with after affecting 132 dismissals, including 94 catches and 28 stumpings.

He is a Sri Lankan player and has the highest number of dismissals to date in cricket history. Sangakkara’s best return for dismissals in an innings is four, a feat he achieved on three occasions, twice in 2003 and once in 2011. He also holds the record for the most stumpings at the World Cup.

He had also been the captain of Sri Lanka for some years and has a moderately good record. Sangakkara had taken 54 wickets across 36 innings behind the stumps at the World Cup, at an average of 1.5 dismissals per innings.

In this list did not Adam Gilchrist’s name was not included, the World’s best wicketkeepers’ list would have remained incomplete. He is a former player of Australia with a pretty good amount of record in His wicket keeping. He has Greatest Wicket Keepers on the Australian team.

He had a record of 21 dismissals from just ten innings in Australia’s World Cup-winning campaign in 2003 and is the best record for one edition of the tournament. The legendary Australian wicketkeeper played well in the IPL matches where he played for the Deccan Chargers and Kings XI Punjab, resulting in 67 dismissals, including 51 catches and 16 stumpings.

He was the former captain of New Zealand. The 2007 tournament against West Indies was his most fruitful attempt behind the stumps, claiming 14 victims in 10 innings. He also has a good record in IPL and usually plays for Kolkata Knight Riders.

In the past year, he had similar wicketkeeping records to that of MS Dhoni, and both occupied the third position. Recently the trends have changed, and MS Dhoni got up to the top rank, although McCullum has a fair amount of fan base.

He was a player in the South African team. This man has the highest number of dismissals in the history of test cricket. The former wicketkeeper ended his World Cup career with 31 scalps from 25 innings at an average of 1.240 dismissals per innings.

Boucher’s World Cup debut in 1999 saw him finish with 11 dismissals with his joint-best return alongside the 2003 edition. His best performance in an innings at the Cricket World Cup also came in his debut tournament. He readily took four catches against Australia in the famously tied semi-final at Edgbaston.

He is a player in South Africa, and along with good wicketkeeping skills, he also has a good batting score. South Africa’s limited-overs captain has been hitting his straps in the IPL. He is a Wicketkeeper in Mumbai Indians.

He is a new player joining the Indian team having a good record in a brief time. He has been a consistent performer for Delhi Capitals, and here he has 41 dismissals against his name, including 30 catches and 11 stumpings. His ODI Batting Average Around 26.7, and his Strike Rate 107.

It does wicketkeeping for Delhi Capitals. He broke MS Dhoni’s wicketkeeping record during the second Test. He has become the fastest Indian wicketkeeper to effect 50 dismissals in Test cricket, achieving his 11th Test record.

He mainly plays during the IPL matches and can be termed as a good wicketkeeper. He is the current captain of Kolkata Knight Riders and has played in all the IPL seasons; and has 131 dismissals to his name, including 101 catches and 30 stumpings.

He is a player in the test cricket team of India. India’s Test wicketkeeper specialist has been effective even in the IPL. He has also Played Kings XI Punjab. He has 74 dismissals against his name, which includes 55 catches and 19 stumpings.

He has been played with Sunrisers Hyderabad at present and has been kept as a reserve player for the tests because of the other young better performers in the team recently.

He is one of the most underrated wicket keepers in Indian history but legally has a good record. The diminutive wicketkeeper-batsman had played for some sides in IPL, and he has 82 dismissals to his name, which includes 66 catches and 16 stumpings.

These were a list of best wicketkeepers of the World. The information may be variable in other sources due to dynamic stats across different sources across the web. Comment below to let us know your favourite wicketkeeper. I hope this article is successful in providing the necessary information.