What Is The Average Speed Of Skateboard? 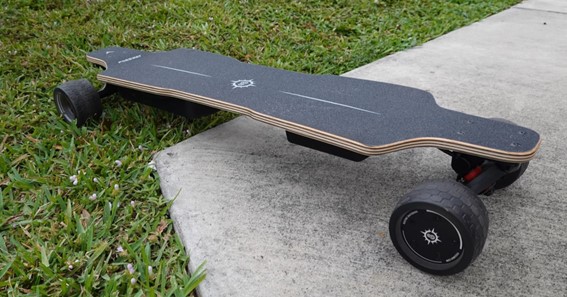 click here – What Is The Speed Of Internet For Gaming?

What Is The Average Speed Of Skateboard?

The average walking speed ranges from 2.5 to 4 mph which is much lower than the average speed of skating. Let’s see the speed of skateboarding as compared with other things like walking, and cycling.

Calculate The Average Speed Of Skateboard

So, to calculate the speed of a skateboard you need to know a basic and simple formula of speed-distance-time. Here it is,

To calculate the speed of a skateboard, measure the distance on which you do skating and write it down. Now, take a stopwatch and set a timer. Now, start skating as soon as you finish measuring distance, stop the timer, and note down it. Now, divide the measured distance by total time, and you will get the speed of your skateboard.

Let’s understand with an example,

A boy who was skating reached a shop after covering 100 meters of distance in 50 seconds. What will be the speed of his skateboard?

So, by using a formula,

The speed of a skateboard = distance/time

A skateboard is a short, narrow, and long board with two small wheels fixed to the bottom of either end, on which a person can ride in a standing or crouching position, and move in a forward direction by pushing one foot against the ground.

Skateboarding was first invented in 1950 in California, United States. It is tricky to pin down the very first skateboard, but it was a sport created by surfaces who wanted something to do when the waves were low.

How Fast Do Speed Skateboarders Go?

How Fast Do Skateboards Go Downhill?

The goal of downhill skateboarding is to reach the fastest speed possible while maintaining complete control of your board—some downhill skaters have been able to break speeds of over 85 miles per hour.

What Is Average Longboard Speed?

Longboards are typically faster than skateboards due to their larger wheelbase (distance between trucks) and bigger wheels. Just how fast can you go on a longboard ? Longboarding speed typically ranges from 6 mph when cruising, to 50-65 mph when downhill riding.

The fastest skateboard speed achieved in a standing position is 146.73 km/h (91.17 mph) by Peter Connolly (UK), at Les Éboulements in Quebec, Canada, on 16 September 2017. The successful record took place at L’Ultime Descente which is a gravity sports event.

While going through this article you came to know that the speed of skateboarding is not fixed and depends upon various factors. And these factors are, riding surface and environment, your riding skills, and your skateboard setup.  Before riding on the skateboard you need to learn it properly, so, don’t directly jump on it, you may fall badly. Also, don’t try to run your skateboard opposite to inclination. If you skateboard in direction to the inclination you will effortlessly achieve maximum speed. So, this was all about the average speed of skateboarding.

Are you going to buy a skateboard? Hold! Firstly, know the average speed of skateboard. When talking about skateboarding, the first thing that pops up instantly in a rider’s head is, thrill, pace, and journey. It may be stated that the pace of a skateboard is among the components that many skaters are involved in,…