Average IELTS scores at the best Universities in Australia 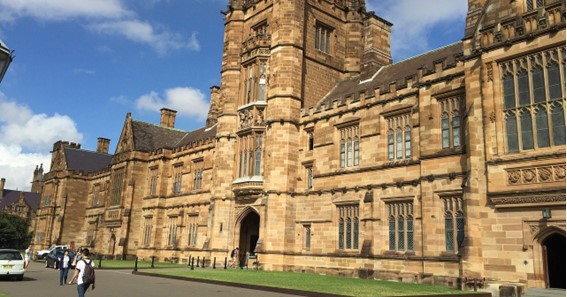 IELTS, that is, the International English Language Testing System, is an English language test that candidates take worldwide for purposes like higher studies, work, and migration.

This test is especially required if you plan to study or work in a country where English is the native language. Some countries where your IELTS scores will be required to study, work or migrate are – the UK, USA, Australia, Canada and New Zealand.

The IELTS test aims to check your ability to read, write, comprehend, and speak in English. These abilities are assessed, and you will be graded on your abilities on a scale of 1 to 9.

The joint owner of the IELTS exam is the British Council, IDP, Cambridge Assessment English and IELTS Australia.

Why take IELTS, and who accepts IELTS scores?

If you aspire to pursue your studies in a foreign country, or you must work or migrate to an English-speaking country, you must be fluent in the language. It would help if you had good English-speaking and comprehension abilities.

As you might already know, English is one of the most widely spoken languages globally, with over 1 billion speakers. Besides, being fluent in the country’s language that you are studying or working in has several advantages. You would be able to integrate into the country’s community better, and knowing the language would also open many work opportunities for you.

For those looking to move to Australia, New Zealand, UK and Canada, IELTS is the most popular exam. The IELTS test scores are recognized worldwide by over 11,000 universities, schools and employers and immigration bodies. They are also accepted in more than 34,000 institutions in the United States.

The IELTS band score ranges from 1 to 9, with 9 being expertly fluent in the English language while 1 being the least fluent.

Thus, the higher your IELTS score is, the better your understanding of the English language. Different universities, immigration bodies, and workplaces will have specific requirements for IELTS scores.

The score you require would depend on what country you will study or work in. If you plan to enrol in the best universities in Australia, here are the official average scores.

The IELTS exam has several sections, and some universities in Australia have specific scores that they accept for each section of the test. Whereas most universities specify an overall IELTS score that is accepted.

Here is the list of IELTS test scores that are accepted in the following universities in Australia:

Thus, the average score required for Bachelor’s, Diploma, or Certificate courses in Australian universities is 6.5. For postgraduate programmes it is 6.5 overall, with individual band scores no less than 6.

If you plan to study at Australian universities, you can start your journey early by preparing with the best IELTS books or taking IELTS coaching classes.

Introduction IELTS, that is, the International English Language Testing System, is an English language test that candidates take worldwide for purposes like higher studies, work, and migration.  This test is especially required if you plan to study or work in a country where English is the native language. Some countries where your IELTS scores will…

Previous Post
Recommendations on how to write a master’s thesis
July 8, 2022
Next Post
What to Look For in an Online Tarot Card Reader
July 8, 2022